Cassia fistula is commonly known as Golden shower tree generally grows up to a height of about twenty-five metres. The bonsai shown in this pic is about eight years old having a height of about forty centimetres. The Cassia tree grows well in the dry climate and can be seen in almost all South Asian countries.It is the national tree of Thailand. 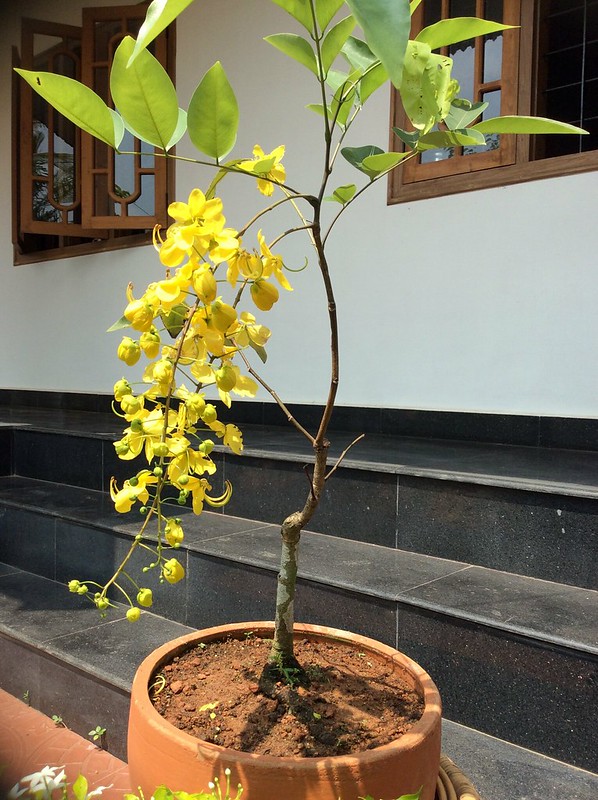 The Golden shower tree is the state flower of Kerala, the southernmost state of India, popularly known as Gods own country.The golden yellow flower has got ritual importance in Kerala as it is the main item for making Vishu Kani. Vishu is the festival celebrated in Kerala, associated with harvesting, and also it marks the new year which begins on the first day of the month "Medam". This year it falls on April 14.

In Malayalam, the official language of Kerala, the cassia tree is known as Kanikonna. Kani means the first sight to be seen in the morning.The cassia flowers along with other auspicious items well arranged in front of Krishna, the Deity makes the Vishu kani. It is believed that having the sight of Vishu kani early in the morning of Vishu day brings prosperity throughout the year.